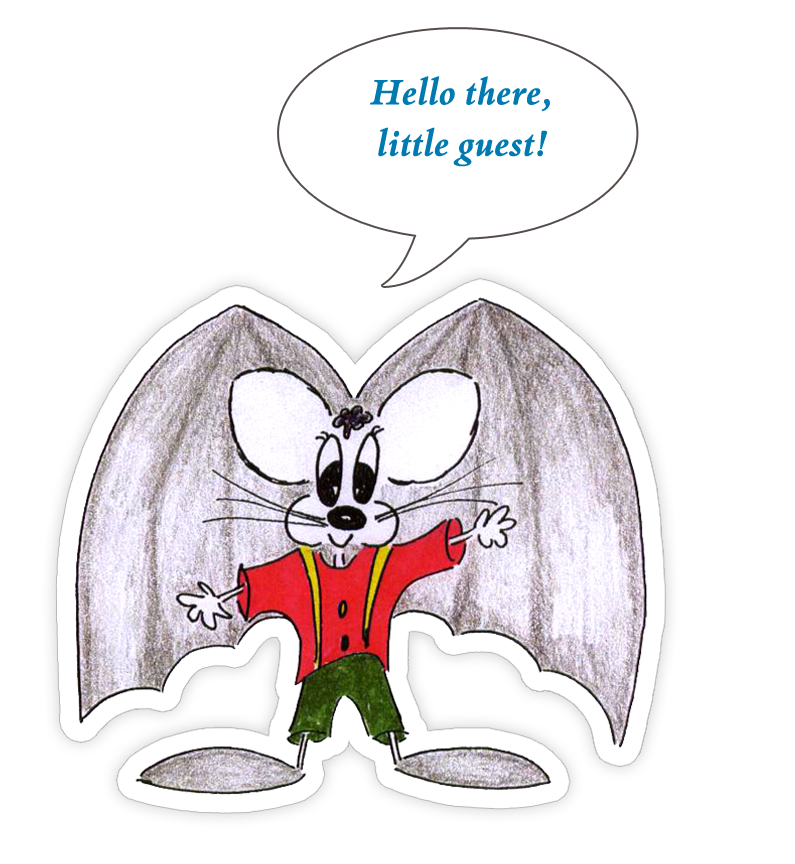 I’m Eduard, the bat and I’ll show you all the little and big secrets of Rochsburg Castle!

Once upon a time …

The History of Rochsburg Castle

“Our castle was first mentioned in a document of the year 1195. That was in the great time of knights and damsels – maybe you’ve heard about King Richard of Lionheart or Robin Hood out of a book or the TV?

Rochsburg Castle sits on a 50-meter high mountain ledge above the valley. This place was perfect because from high up the big rock you could see enemies from far away. In the Middle Ages, castle owners also cleaned the mountainsides from trees and bushes to see even better. A river called “Mulde” flows around the castle on 3 different sides. Only the side to the village was unprotected. Because of that, people dug out a deep ditch and built a stone bridge above it. At its end, they made a drawbridge out of wood, which could be pulled up when there was danger. Then the castle was completely secure. At that time, the castle only consisted of a big, round tower, a few houses and a big wall all around.

Maybe you wonder, who lived there. Many different types of people … The owner changed several times until it fell into the hands of a man called Hugold von Schleinitz. He was a high official of the elector of Saxony. Hugold was his Hofmarschall, the mightiest man at the Saxon court. He watched over the belongings and the money of the elector. He had a lot of money himself, so he paid others to convert the Rochsburg into a modern castle. To do so, he hired the best builder in all of Saxony at that time. His name was Arnold of Westphalia. He had the idea to connect the free-standing houses to a square courtyard. But just a few years after the castle was finished, it was destroyed by a big fire. The people in the kitchen didn’t watch out. The flames spread so fast that not even the water of the well could put it out. Luckily, our Rochsburg Castle was rebuild. The Schönburg family lived here for the longest time. Rochsburg Castle was their home for 400 years. They were a very important family with their own little army, own money, villages and forests. Lots of people worked for them – like in the fairy tale “Puss in Boots”. That’s my favourite fairy tale, even though the cat of the castle is always teasing me.”

If you want to hear more exciting stories about Rochsburg Castle, I recommend you to borrow an audio guide for kids at the museum desk during your visit. Then I’ll fly with you through the whole castle and show you all our secrets. 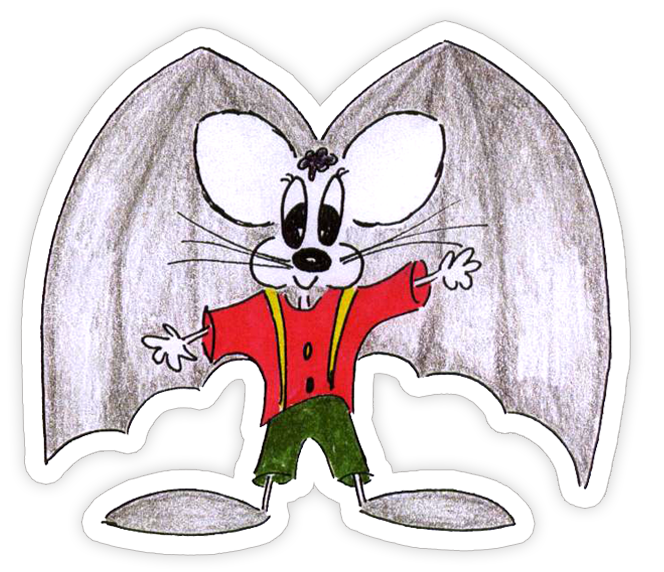 Do you know these building parts?

Do you know these facts? 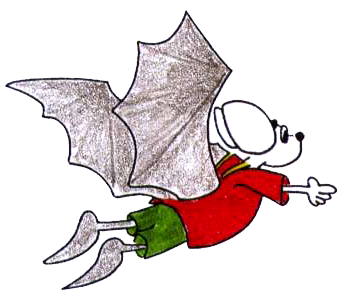 How was the food kept cool at that time? 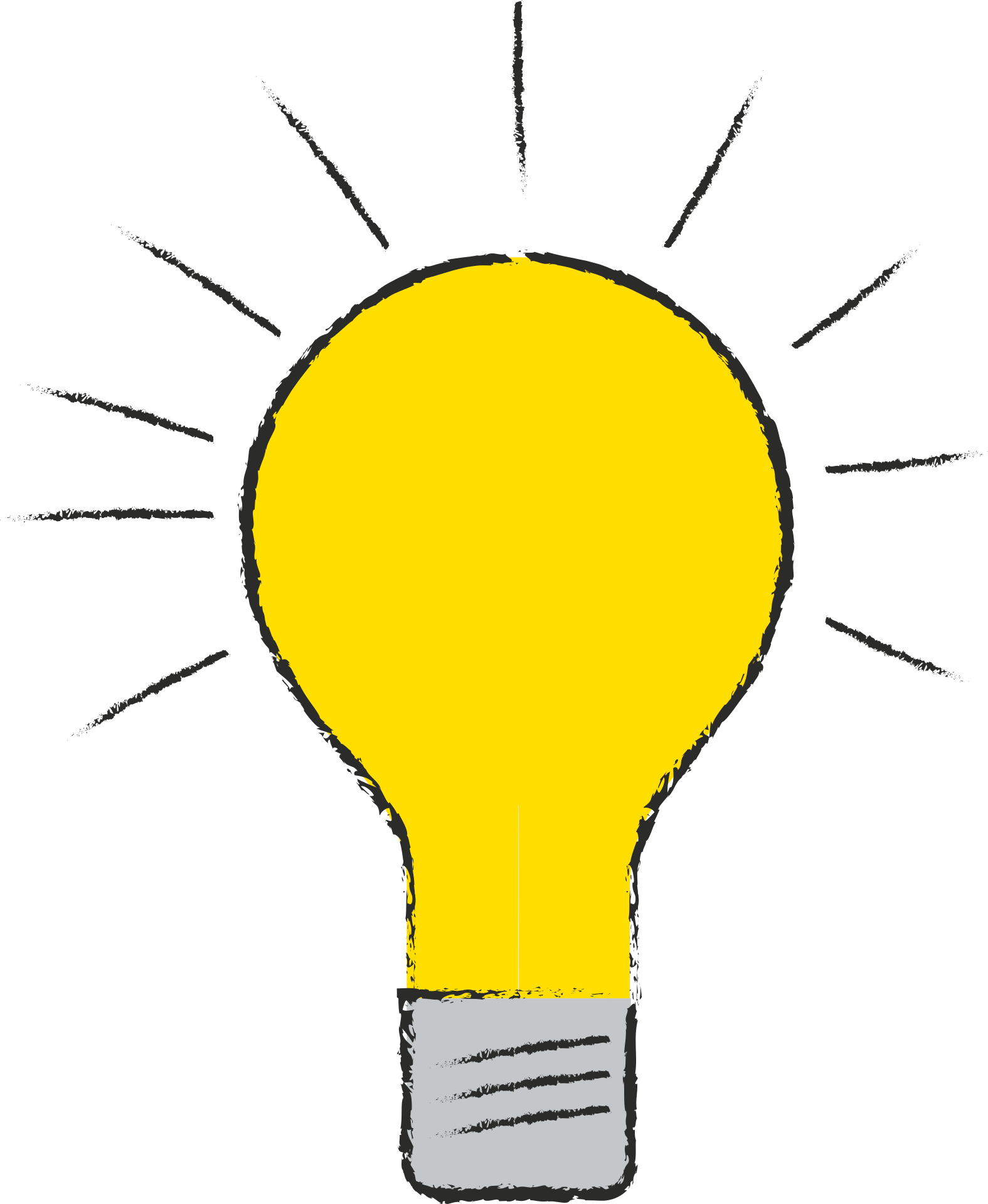 Today we have fridges for this. There were no fridges in the past.

How was the food kept cool at that time?

In the Middle Ages, the 600-year old castle cellar was the whole castle’s fridge. Here the food was stored from autumn to the next spring. It was especially important for sieges because the food had to last up to 6 months for around 50 people. What a challenge!

W here did the people get their water from?

Over 800 years ago, there were no in-house water pipes.

Where did the people get their water from?

Out of the 53-meter deep castle well. With its water, it was one of the most important parts of the castle. Because of that, it was built in the most secure place, the inner courtyard. The water was used for cooking, washing, beer brewing and of course, if necessary, fire extinguishing. My great-grandfather Heinrich told me that even children like you drank beer at that time! For a long time, families drank more beer than water, because there were germs in the water. When brewed, the beer was cooked, so it had fewer germs. But don’t worry, there was nearly no alcohol in the beer back then.

How do you think people captured special moments at that time?

“Cheese” – that’s what you’re saying when you smile into a camera, and a picture is taken of you. But there were no cameras or mobile phones in the past.

How do you think people captured special moments at that time?

Photography was just invented around 150 years ago, so special moments and people were painted. You can look at different paintings in the museum. They show the family members of the noble family of Schönburg – like a historic photo album.

Do you know how these stairs are called?

There are a lot of towers at our castle. Special stairs were built to get up and down.

Do you know how these stairs are called?

Wendelstein. What a strange name. But they were called like that because there was a “Wendeltreppe” (spiral staircase) made of “Stein” (stone) in there. I always get dizzy when I fly it up or down. 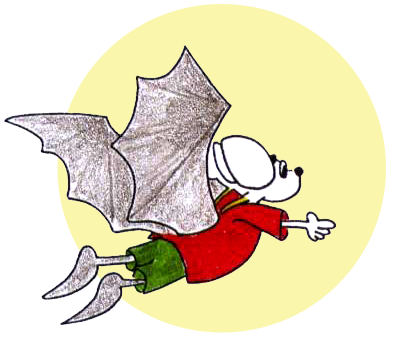